Giving Back Through a STEM Scholarship in Memory of his Family

Although he was born in Kilauea, Kaua‘i, Jon Isle has lived on O‘ahu most of his life. He grew up in Aina Haina, graduated from Roosevelt High School in 1960 and received his Bachelor’s degree in political science from the University of Hawai‘i at Mānoa in 1964.

He soon began his career in the federal civil service as an employee development specialist. He worked hard, applied himself, and moved up in his field until he retired in 2012 as head of the Civilian Workforce Development Division at the Human Resources Office, Commander Navy Region Hawaii. He credits his success to education.

Last year Mr. Isle set up the Tully J. Isle Endowed scholarship to encourage and assist students studying in the fields of science, technology, engineering and mathematics at UH Mānoa. He also established the fund in memory of his father Charles, his mother Lucille and his brother James.

"As a product of the public school system in Hawai'i, I am a firm believer in public education and see a growing need for public support of the UH system. Since I am a graduate of UH Manoa, I decided to focus on the Mānoa campus. On a deeper level, it is a way for me to help and to give back to society for the benefits I have received." 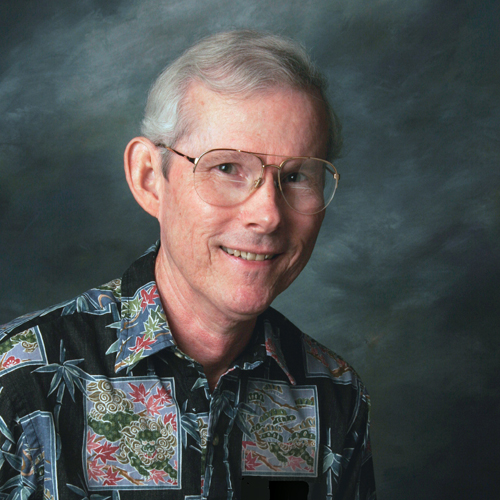 Mr. Isle graciously agreed to answer our questions about why he decided to make this gift.

You have designated a portion of your estate to support an endowed scholarship for Mānoa students in the science, technology, engineering, or mathematics fields (STEM). What motivated you to include UH in your estate plans?

As a product of the public school system in Hawai‘i, I am a firm believer in public education and see a growing need for public support of the UH system. Since I am a graduate of UH Mānoa, I decided to focus on the Mānoa campus. On a deeper level, it is a way for me to help and to give back to society for the benefits I have received.

Why did you choose the STEM fields?

I firmly believe that STEM fields are critical to the advancement and well-being of our country and society. Information technology, transportation, medicine, environmental management, building technology and engineering, and many more, are all critical to the advancement, well-being, and success of our country and society. Unfortunately, I think that too many people don't understand this very well.

What do you hope this scholarship will accomplish?

I hope that the fund will attract more students to STEM fields and will help to ensure their success. I think that too many students consider STEM to be too difficult or they can't afford the tuition which I personally think is now too high. Perhaps a few more would be willing to try STEM if they can get some tuition support.

Do you have any advice or suggestions for someone considering an estate gift to UH?

Contact the Office of Estate and Gift Planning at the UH Foundation and have an in-depth discussion about what you want to do. I found my conversations with them very helpful.

You attended UH and graduated in 1964. How did UH help prepare you for your successful career in human resources?

Although my degree in political science had no direct bearing on my career in human resources, it did prepare me in other ways such as to be able to: think and analyze critically, research issues, present arguments and positions in an organized manner, and to write reasonably well. I have never regretted majoring in political science.

From your work experience, what role did education play in the lives of those you hired?

In some cases it was, of course, critical for those who chose to pursue a career requiring a degree such as engineering. In most other cases, I think that their experience has been similar to mine; i.e., that their education has been useful in other ways. Although most Federal jobs don't require a degree, the tendency is for hiring officials to select those with an education beyond high school and it doesn't have to be a four year degree.

You established this fund in memory of your parents and brother. How would they feel about your decision to create this scholarship at UH?

I think that they would be very supportive and pleased that I have done so.