Victor Pavel wanted no publicity. His name was not to be linked to the announcement of his intention to leave his estate to the University of Hawai'i. He only agreed that his anonymous gift intention be publicized a few months before his death so that it might encourage others to give as well.

With Victor's death in April, he gave permission to tell about the man who left the largest estate gift in UH history and the woman who inspired him.


"Philanthropy is a critical connection for the school-to-community; one we appreciate on all levels, and one for which we are immensely grateful. Private gifts like the Pavels' gift, allow our researchers to take high-risk, high-reward endeavors, allow our students to pursue undergraduate and graduate education unburdened by competing financial or work distractions; and allow us to push the envelope of research and technological development in our quest as a school for global applicability and personally relevant impact. Philanthropy makes a difference."
-Chris Ostrander, Assistant Dean, SOEST 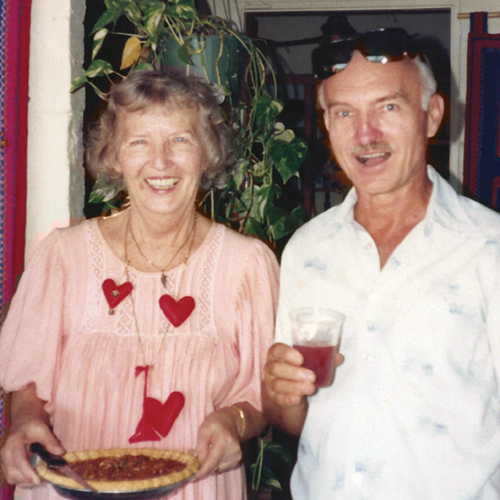 Victor Pavel met a young widow named Margaret Brandstrom Carmack in a bank at Waikiki in 1962. They were married on December 23, 1964. The bride was 38 and the groom was 39. It would be a very happy marriage.

Raised in Portland, Oregon, Margaret or Peggy, as she was called, was bright and gregarious. Through her father, who was a forester, Peggy developed a love for nature, but she made her living as a writer and editor. While attending the University of Washington, she was selected to be a guest editor of the 1948 college issue of Mademoiselle Magazine. Later she worked at Sunset magazine in a variety of writing and editing positions. In 1962, she moved to Hawai'i and worked as assistant editor and then managing editor of Paradise of the Pacific — the predecessor of HONOLULU magazine. In 1965, she began to freelance for Ortho Books and Horticultural Publishing. Her book Gardening with Color is still available on Amazon. After her retirement in 1985, she was a volunteer editor of the Lyon Arboretum newsletter and the Hawai'i Stitchery and Fiber Arts newsletter.

Originally from Austria, Victor Pavel was sent by his parents to school in Bologna, Italy to avoid Hitler's army. After WWII, he lived in Argentina and Brazil. Fluent in several languages, he emigrated to the U.S. in 1957 and started a nine-year banking career that took him from Chicago to Hawai'i. In Honolulu, he worked at what would become the University Branch of First Hawaiian Bank before he became an independent investor in 1966.

Peggy had taken courses in tourism at UH and the couple enjoyed travelling. Fiji was one of their favorite destinations. They bought a home on Wailupe Circle with a dock on Maunalua Bay. The location was perfect for entertaining their many friends and international visitors and to enjoy the ocean — Victor's passion.

Long-time friend and chef instructor at Kapi'olani Community College Kusuma Cooray remembers, "Peggy was introduced to me by my late husband Ranjit. The two were good buddies, and both could talk a lot!" Kusuma and Ranjit were often at the Pavel home for Thanksgiving and Peggy edited Kusuma's first cook book Burst of Flavor. By the chef's standards, "She could not cook, but she was a great editor!"

In 1996 Peggy and Victor were at the Academy of Arts Christmas Fair when Peggy suffered a stroke. Despite initial high hopes for recovery, she never did. Victor cared for her in their home until her death in June 1999.

Bernie Boltz, a neighbor and good friend, explained, "Peggy was everything to Victor and when she died, his life was over."

Shortly before she became ill, Peggy had completed a manuscript about her life and work and had sent it to publishers for consideration. By the time the rejection letters arrived, she was already struggling with the debilitating stroke. The once loquacious writer could no longer speak.

After Peggy's death, Victor took the autobiographical portion of her manuscript and self-published the book Dorie and Peggy. The book is about Peggy's childhood and her relationship with her older sister Dorie, who had Down Syndrome. Victor asked that all proceeds from the book be contributed to the National Down Syndrome Society. At the end of this book Victor wrote, "As for me, it has been a joy, a heartbreak, and a labor of love to see her manuscript progress and mature into a published book. Now, let the rest of the world know and admire my Peggy, too." 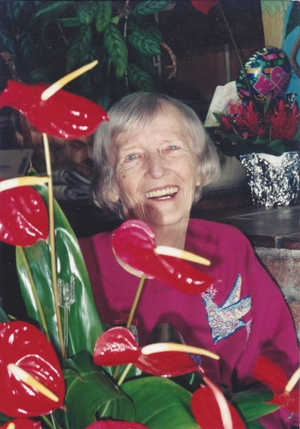 In 2002, Victor contacted the Office of Estate and Gift Planning to establish a charitable gift annuity (CGA). It would be the first of six CGAs, and many conversations with the team.

Associate Vice President of Principal Gifts, Estate and Gift Planning Lani Starkey said, "Victor would share stories about Peggy, her accomplishments as a writer, and trips they took. He missed her every single day."

One of the things that kept him going was his commitment to establishing a legacy of education and conservation that honored Peggy and supported their interests. Victor left $10 million to support UH programs, students and research. His gift is a true expression of hope. And love for his beloved wife.