Honor Who You Love, Support What You Love

When UH Mānoa Emerita Professor Elizabeth McCutcheon’s husband James died, she wanted to do something in his memory.


"He LOVED teaching and kept his office on campus even after he retired. He was there every day." - Elizabeth McCutcheon 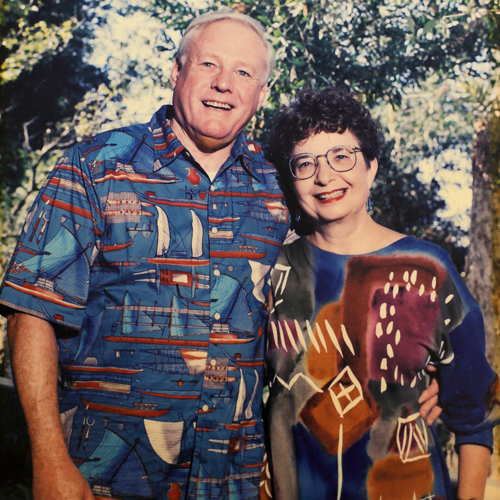 Because UH Mānoa had been so important to James, Elizabeth decided a scholarship in his name and for his interest areas was most appropriate.
She was able to establish an endowed fund through her own contributions, memorial gifts, and a generous matching gift from a son’s employer. The James M. McCutcheon Memorial Endowed Scholarship awards scholarships to first year Master’s students in American history and American Studies.

Helping others as she was helped


Elizabeth later established the Elizabeth McCutcheon Endowed Scholarship for Literary Studies in the Department of English in the College of Languages, Linguistics and Literature. This was first awarded in December 2014.

Elizabeth’s only wish for her future graduate student recipients is that they be passionate about their subjects. She is passionate about investing in the humanities because she believes education should be more than getting a job. “Humanities can enrich your whole life and everyone’s you touch.”

Elizabeth was able to supplement this endowed scholarship using a gift annuity. She encourages others to consider charitable giving through their estate plans because “it’s such a wonderful way to help UH, the students, and the areas of greatest interest to you.” 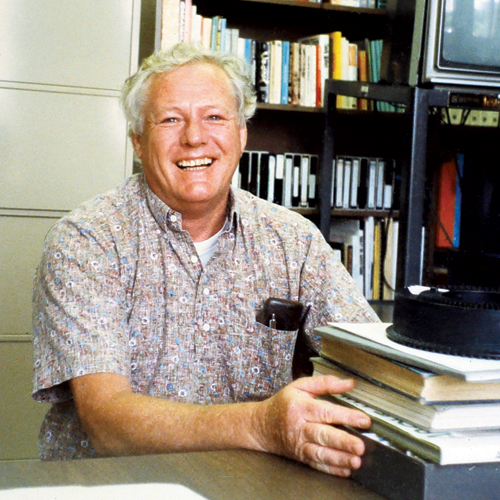 How did a UH Mānoa Emerita Professor become a globally recognized scholar of Britain's Thomas More?

"It's accidental," explains Dr. Elizabeth McCutcheon. "When I was in college I read More's Utopia and I couldn't figure it out. At the University of Wisconsin I did my dissertation on an Anglican preacher Lancelot Andrews and I wasn't thinking about More at all."

McCutcheon remembers, "I started to teach More in a course at Mānoa. As my students asked questions about him, I was increasingly intrigued." And then she was hooked.


"When I don't understand, I want to know more. It's exciting because it's like a mystery that leads me on. Even going into a research library is like catnip for the cat. All those books, what's in them!" - Elizabeth McCutcheon
After writing an article on More, she found herself writing in a strange style. "I discovered that I was unconsciously imitating a Latin style of More's so I started exploring that." She wrote an article about litotic constructions. These are negations of negations. For example the litiotic expression of "that's good" could be "that's not bad," where the meaning is ambiguous. This article was reprinted many times and established her as a More scholar: Click here to read the article.

This led her to specialize in rhetoric, exploring language and style, and her work has been used for historical as well as literary purposes.

Dr. McCutcheon has served as president of the Amici Thomae Mori, as an editor for the literary publications Moreana and the Neo-Latin Association, and as a member of several editorial boards. She has written many publications on Thomas More and his circle as well. Currently she has a contract to edit the writings of Thomas More's daughter Margaret More Roper for a volume in the series called "The Other Voice in Early Modern Europe."

In 1979, she was honored for her work when she was chosen to receive a Guggenheim Award in Humanities for English Literature.

Research teases and puzzles McCutcheon. "When I don't understand, I want to know more. It's exciting because it's like a mystery that leads me on. Even going into a research library is like catnip for the cat. All those books, what's in them!"

Dr. McCutcheon continues her work because of her love for research and a sense of responsibility. "Over my career, fellowships have helped me and I feel I should do something with all that help." Her research and writings are her repayment for the investment that others have made in her education.

Editor's note: Dr. Elizabeth McCutcheon grew up in the New York City borough of Queens, attended Hobart and William Smith Colleges in Geneva, New York, and then obtained her Master's and doctoral degrees from the University of Wisconsin. Along the way she received a fellowship through the American Association of University Women to travel to London to conduct research, worked briefly at Simpson College in Iowa, then followed her husband to Hawai'i when he accepted a position at the University of Hawai'i in the newly established program in American Studies, with connections at the East-West Center. When they arrived in 1961 with their eight month old baby, she taught half time in the English Department at UH. After the birth of their second son, she rejoined the English Department and was chair of the graduate program for a number of years. Since retiring in 1995 she has continued her research in sixteenth and seventeenth century English literature.

"What part soever you take upon you,
play that as well as you can and make the best of it."
― Thomas More