A Family Journey and Legacy

Chinese scholar and educator Cynthia Yumei Ning has a uniquely American success story. She was born in Pakistan to Chinese parents who were exiled from China at the end of WWII. Her middle name, Yumei, means "to befriend the plum blossom" (a national flower of China) and her life has been a quest for identity.

Her father Chung-Fong was trained as an engineer in China. In 1950 he moved to Pakistan to work and was joined some years later by his wife Grace, and their (then) three children. Life was challenging but rewarding in this Muslim nation, where there were few Chinese. With an eye on the future, Chung-Fong and Grace sent their eldest son and daughter to America for college. The two teenagers arrived with a few belongings, full scholarships, and $500 cash each, in the late 1950s. A decade later, the family followed and eventually made Hawai'i home.

With an eye on the future, Chung-Fong and Grace sent their eldest son and daughter to America for college. The two teenagers arrived with a few belongings, full scholarships, and $500 cash each, in the late 1950s. A decade later, the family followed and eventually made Hawai'i home. 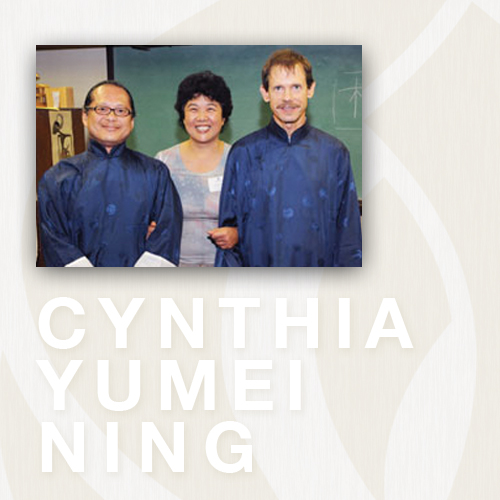 Chung-Fong and Grace never lost sight of the value of education and encouraged their children to get the best educations possible. As a result, Cyndy, the youngest of the family, followed the mandate of her Chinese name and attained a Ph.D. in Chinese language and literature from the University of Michigan. Today, she is the Associate Director of the Center for Chinese Studies at the University of Hawai'i at Manoa and designs multi-media curricula for the Chinese language.

While Grace would have liked a career, she stayed at home to care for her four children. During this time she successfully invested in the stock market. Her investment gains and the estate and gift planning tool known as a charitable gift annuity helped her make a lasting investment in education, while also providing significant benefits for herself and her family.

In return for gifting a large block of her appreciated stock to the University of Hawai'i Foundation (UHF), UHF agreed to pay Grace and Chung-fong a very nice annual annuity income for the rest of their lives. A substantial portion of that life income was reported as tax free, with the rest reported as deferred capital gain or ordinary income. In addition, Grace and Chung-fong received a significant charitable income tax deduction. Upon their passing, the principal of their annuity account funded the Chung-Fong and Grace Ning Endowment for Chinese Studies at UH Manoa. To further secure and enhance her parent's legacy, Cyndy has committed to grow her parents' endowment with a substantial gift of her own through her personal estate plan.

Cyndy Yumei, "friend of the plum blossom," is indeed a very Chinese American woman and success story. She knows she owes much of her identity and values to her parents, and hopes to pass on these values to her own daughter, Robyn Yee, who is currently in the doctoral program of UH's School of Architecture.