Tell us about your childhood.

I grew up in a little community in the State of Washington called Tonasket. My dad had an apple orchard and I was the oldest child. My feet were the first to reach the pedals on the tractor, so I learned to drive when I was ten. Then I helped him work the orchard. We were poor, but as children we didn’t know that. We got our money from the crop after the crop sold. We had chickens and sometimes we had turkeys, but I hated turkeys because they chased me. We traded apple wood to people who raised cattle so they would have wood for the winter. That’s how we got beef for our freezer.


"One of my friends used to call me an eco-warrior. I didn't like to speak in front of a group, but the whales, and the seals, and the turtles can't speak for themselves, so I would go and do it." 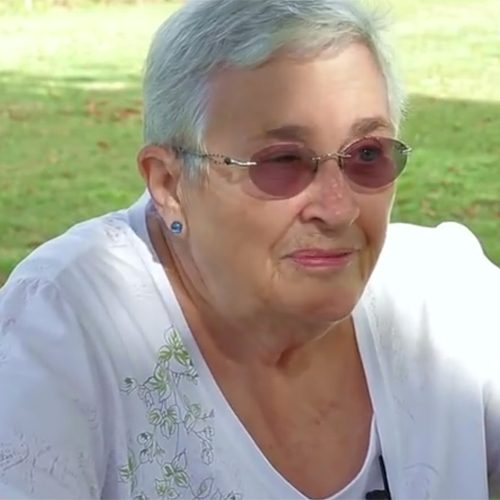 What did you learn from your childhood?

I learned that things aren’t easy. I had to work for everything I got. My dad would buy me a good pair of sturdy shoes for school and anything else I wanted I had to earn money to buy myself. So I picked apples and when I was older I packed apples. Those were the ways I could earn money to buy things.

What brought you to Hawai‘i?

Tell us about people who have influenced you.

I think one of the most influential people was Lorin Gill, the founder of the Sierra Club in Hawai‘i. After meeting him during a service trip to Kalalua Valley, I volunteered with the high school hikers program. During that time I hiked with Lorin and I learned a lot about Hawaiian words, Hawaiian places, and the natural resources.
He really did have a big influence on what I became later on because I got really involved in Sierra Club and got to be kind of an activist, too. One of my friends used to call me an eco-warrior. I didn’t like to speak in front of a group, but the whales, and the seals, and the turtles can’t speak for themselves, so I would go and do it.

Why did you decide to support UH?

I think it’s really important to support a local college. My grandson graduated from UH and I’ve got two granddaughters going to Kaua‘i Community College.

One of the things my gift has created is a scholarship for students who want to work in natural resources. This is my way of honoring Lorin’s memory.

A video interview with Annette

Annette talks about her life and what inspired her to give, in this video interview.