Margaret Ushijima had been counseling students on the importance of higher education for many years before retiring from her post as University of Hawai'i at Hilo dean of students in 1980. But unlike your typical retiree, Ushijima upheld her belief in higher education and decided to go to law school.

"She was really a person of great conviction," said Janet Fujioka, Ushijima's close friend. "She always supported education, and so it was remarkable that when she reached the age for retirement, she went back to school." 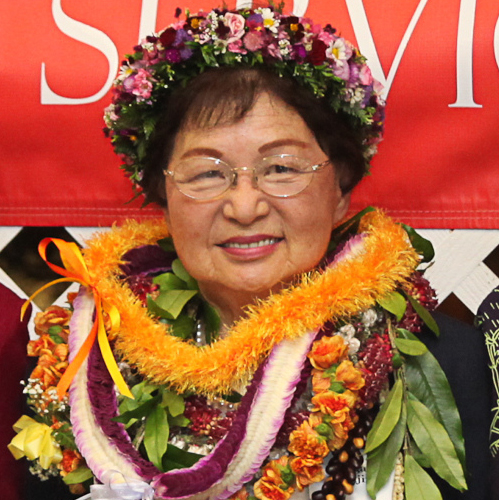 Ushijima received her bachelor's degree in social science and her master's degree in social work before beginning her career at UH Hilo. But along with her belief in the importance of higher education was a strong sense of social justice and equality, which eventually led her to UH Mānoa's William S. Richardson School of Law.

After obtaining her J.D., Ushijima joined her husband to form the family law firm, Ushijima & Ushijima. In the 1970s, Ushijima and Fujioka were involved in a movement that pushed for the ratification of the equal rights amendment in Hawai'i. The two embarked on an extensive campaign throughout the islands, speaking at numerous engagements on the importance of equality. Hawai'i later became the first state to ratify the amendment.

"That was Margaret," recalled Fujioka. "When she committed herself, she did it with enthusiasm."

"She regarded law as a profession in which you are helping others," said Avi Soifer, dean of the William S. Richardson School of Law. "She was someone who would not only serve her clients but serve justice."

Ushijima's legacy of service to UH lives on through her gift to the law school and UH Hilo, a lasting reminder of a woman who had a profound impact on so many people in Hawai'i and beyond.