For Shiroku "Whitey" and Motoyo "Amy", life has not always been easy. Now, after 60 years of marriage their journey from sugar farm children to philanthropists serves as inspiration for all.

Born in 1923, Whitey was a second-generation child born to Japanese immigrant parents, or Nisei. His mother abandoned him when he was very young, leaving his father to raise young Whitey. His father was an independent sugar cane cultivator. As a boy, Whitey enjoyed the simple farm life and growing up along the Big Island's Hamakua Coast. At age 17, Whitey's father died leaving him without family. Elvis and Mary Rhoades, a local couple dedicated to education and young people, "adopted" Whitey, and helped guide him to young adulthood.

"On the day the Japanese attacked Pearl Harbor, Whitey's life took an unexpected turn. He was 18 and deeply confused by his ancestral homeland's strike. Like many Nisei boys in Hawai`i, Whitey volunteered to serve in the U.S. Army and joined the 442nd Regimental Combat Team. As Whitey recalls, he and his peers had "more guts than brains." 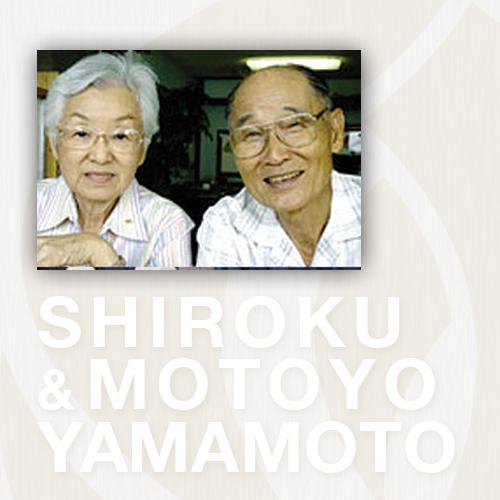 On the day the Japanese attacked Pearl Harbor, Whitey's life took an unexpected turn. He was 18 and deeply confused by his ancestral homeland's strike. Like many Nisei boys in Hawai`i, Whitey volunteered to serve in the U.S. Army and joined the 442nd Regimental Combat Team. As Whitey recalls, he and his peers had "more guts than brains."

During his years in the army, Whitey came face to face with death, forged unlikely friendships, and with his unit, carried out historic acts of bravery. It was also a time of profound contradictions. In Alabama while serving as a guard, he befriended German prisoners of war. During this time, he also visited fellow Japanese Hawaiians who were experiencing the terrible conditions of internment camps.

In Europe, the stark reality of war struck home when Whitey saw his first casualty, a dead German soldier lying on the side of the road in Italy. The death toll continued to rise and when Whitey's unit was sent to France to rescue a Texas battalion that had been surrounded by enemy combatants, the results were tragic. At the end of the effort, the dead and wounded outnumbered the living with 211 rescued, 216 Nisei soldiers killed, and more than 856 wounded.

In January 1946 Whitey was discharged from the army. With the help of the GI Bill, he spent the next four years working and attending technical schools on the mainland. In 1950 he finally returned home to Hawaii, and married Amy, his Laupahoehoe school friend who had helped keep his spirits up throughout the war with their correspondence.

As a veteran and newlywed, Whitey embarked on a fresh journey - in the growing airline maintenance industry. Here he went from servicing military vehicles to a 22 year career with Aloha Airlines. Amy found her vocation at Hawaiian Telephone, first as an operator and later a service observer.

The duo enjoy their retirement years as a prosperous, loving and happy team. Through their mutual labors, diligent savings, and investment in real estate their assets grew. In 2006 they turned to their financial advisor for help. They were tired of the responsibilities of being a landlord, but still in need of regular income and financial security. Their advisor suggested a highly effective tax and estate planning option, the charitable remainder trust, and their new career as philanthropists began.

With the help of the University of Hawai'i Foundation Office of Estate and Gift Planning, Whitey and Amy created and funded their charitable remainder unitrust (CRUT) with their rental properties. Through their CRUT they have been able to:

In 2009, they transferred an additional property into the CRUT, and their annuity income increased proportionately to the growth in value of the trust.

When the trust terminates at the end of Whitey's and Amy's lives, the remaining principle will be used to establish the Shiroku and Motoyo Yamamoto Endowed Scholarship Fund and Shiroku and Motoyo Yamamoto Japanese-American Veteran's Collection Endowed Fund at Hamilton Library. Their gift honors Whitey's fellow Nisei soldiers and furthers the legacy of his foster parents for promoting public education.

Through their generosity and vision, this couple is setting in place the means to enhance the educational experience of countless students for many generations to come.